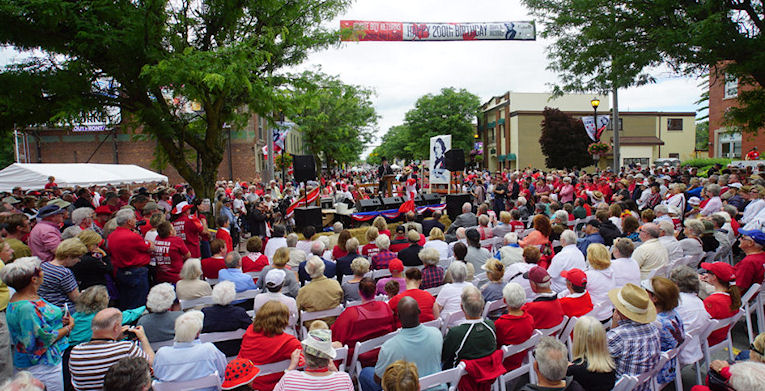 John A. star of the day in Picton

“It was a birthday party of epic proportions as thousands of people celebrated Canada’s birthday throughout Prince Edward County. The star of the day without question was the nation’s first Prime Minister Sir John A. Macdonald who came home to join the party.”

This Is My Canada by Jeanette Arsenault while photo ops taking place
1. Dignitaries and special guests
2. Macdonald Steering Committee

MC announces free showing of Rocky Mountain Express at the Regent
Introduced by Stephen Low, Director and Cinematographer showing one of the greatest engineering feats of all time,
the building of a nearly impossible transcontinental railway.